Remarkable personalities of the cultural and scientific world, promoted and created in the second decade of the 20th century the "Sociedad de Estudios Vascos", whose main objective was to restore the Basque Country´s personality.

From the beginning of Eusko Ikaskuntza, Mr. José Miguel de Barandiarán was part of its board of directors, being a member of the "Sociedad de Estudios Vascos" Standing Board from 1921 to 1936.

On the other hand, his personal scientific initiatives in the field of the ethnographic and prehistoric research, were carried out within the framework of Eusko Ikaskuntza and the relevant publications he directed ("Eusko Folklore, Materiales y Cuestionarios" and "Anuario de Eusko Folklore), were both publications of this Association.

The activities of Eusko Ikaskuntza interrupted in 1936 as a result of the civil war, Barandiarán promoted during his exile in Iparralde, several scientific activities such as the creation of the "Sociedad Internacional de Estudios Vascos" and the "Instituto de Humanidades IKUSKA" (Department of Anthropology), the publication of the "Revista de Estudios Vascos" called Eusko Jakintza and the holding of the VII and VIII Congresses of Basque studies.

All these activities were spiritually and intentionally, a continuation of those carried out by the "Sociedad de Estudios Vascos" in the prewar period. 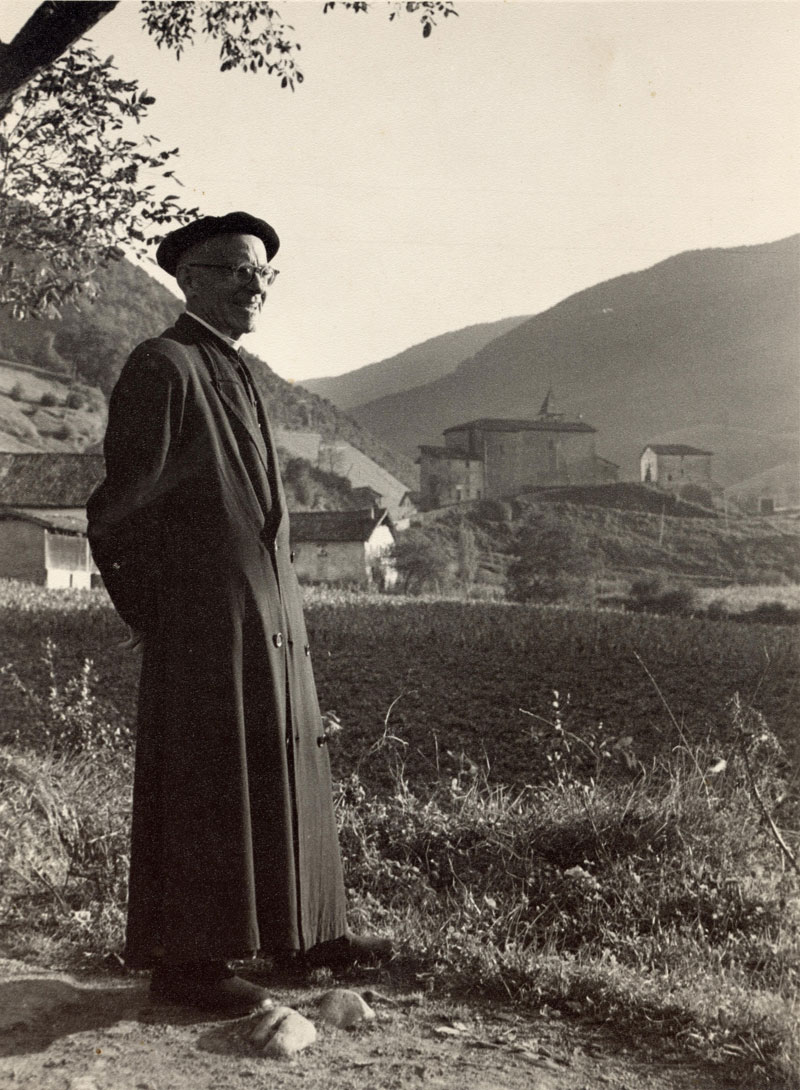 As a member of the last Standing Board of the "Sociedad de Estudios Vascos", Barandiarán promoted, together with other members of this Board, such as Mr. Justo Garate Arriola, Mr. Aingeru Irigaray Irigaray, Mr. Manuel Irujo Ollo, Mr. Manuel Lekuona Echabeguren and Mr. Joaquín Yrizar Barnova, the start up of the "Sociedad de Estudios Vascos", by creating an Acting Standing Board, whose Chairmanship was entrusted to him.

This website uses cookies, both its own and those of third parties. Select the option of cookies that you prefer to navigate even its total deactivation. If you click on the button "I accept" you are giving your consent for the acceptance of the mentioned cookies and the acceptance of our cookies policy. If you want to determine what you accept and what you don't, click on "Configuration". Click on the "Read more" link for more information.
I accept Configuration